Home » N250 GATOTKACA: The journey of a nation’s pride

Despite of an endless effort to continue N250’s development, this nation’s pride aircraft seems to running out of time. And finally, it’s ready to face its new journey at a museum. After quiet long road trip from Bandung to Yogyakarta (about 500 km), the N250 Gatot Kaca finally arrived at its final rest at the Mandala Air Force Central Museum (Muspusdirla), Yogyakarta, Friday morning (21/8/2020).

This Indonesian made aircraft will be re-assembled by the technicians of Sathar 15 Depohar 10 Koharmatau. And soon it will occupy one of the aircraft collection rooms at Muspusdirla, Yogyakarta. 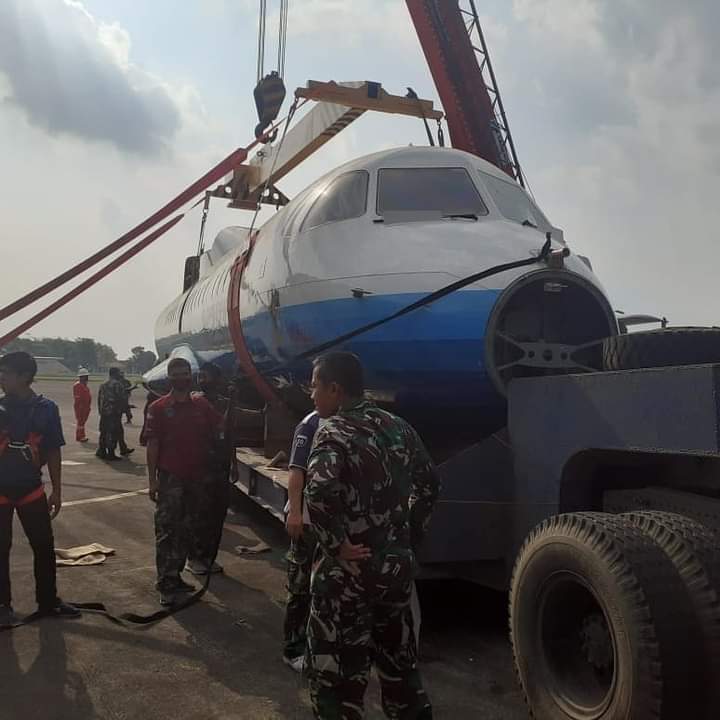 N250 Gatot Kaca is a regional aircraft commuter turboprop, an original design by IPTN, now Indonesian Aerospace (PT DI). The development of the aircraft is initiate by B..J. Habibie. The N letter in front of -250 stands for Nurtanio or Nusantara and 250 denotes a twin-engined aircraft with a capacity of 50 passengers. This aircraft was IPTN’s first major effort to win the market share of the regional turboprop class of 50–70 seat airliners.

After its first flight on August 10, 1995, N250 became the star exhibit at the 1996 Indonesian Air Show in Cengkareng. Unfortunately, due to the Asian financial crisis in 1998, its development was cancelled and the aircraft remains as prototype.

Today, N250 Gatot Kaca is ready for its next phase of life, as a nation’s pride monument.

Along with its background story of achievement, the aircraft’s presence at the museum will certainly raise pride. 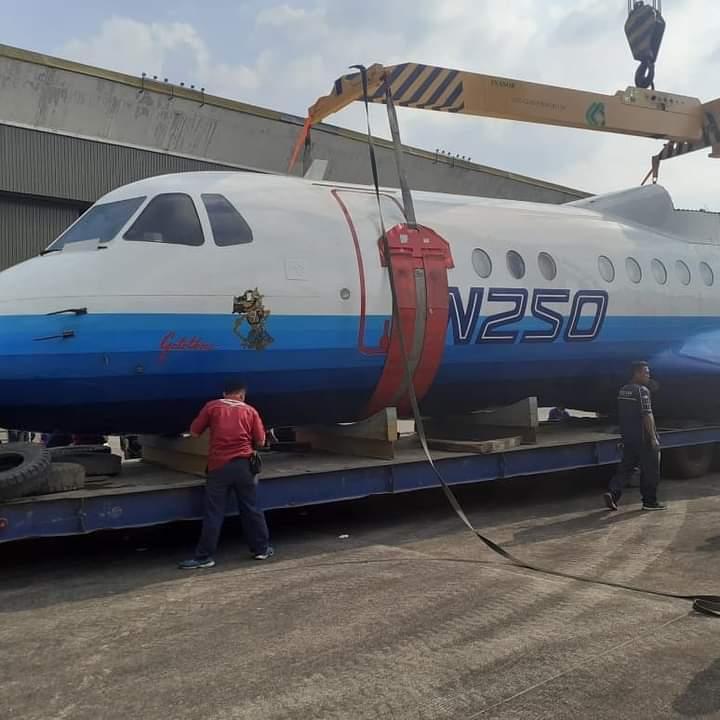 And furthermore inspire an aeronatical enthusiasm among young generation.

For N250 Gatot Kaca, one thing is for sure; the journey will never end. This is just a beginning. And it may never lose its charm. As once said by Igor Sikorsky, “Aeronautics was neither an industry nor a science. It was a miracle.” (Donna)