Home » At Perihelion, Earth Reaches Its Closest Point To The Sun

Earth is at its closest to the sun Tuesday (Jan. 4) in its 365.25-day journey. This milestone, called perihelion, coincidentally happens near the start of the Gregorian calendar year observed by much of the world, including in North America.

The exact moment of perihelion this year occurred at 1:52 a.m. EST (0652 GMT), according to EarthSky. Earth was about 3 million miles (5 million kilometers) closer to the sun than it is at aphelion, when it is farthest from the sun, which takes place in early July. That variation is relatively small compared to Earth’s average distance from the sun of 92,955,807 miles (149,597,870 km).

Based in part on early telescopic observations by astronomer Tycho Brahe, Kepler realized that planets travel in ellipses, rather than the perfect circles imagined by many previous astronomers. Kepler figured out that an invisible line connecting a planet to the sun swept out an equal amount of area over the same amount of time during a planet’s journey around the sun. This characteristic means that a planet needs to travel faster when it is closest to the sun and slower when it is farthest; the speed difference was later explained further by theories of gravity. 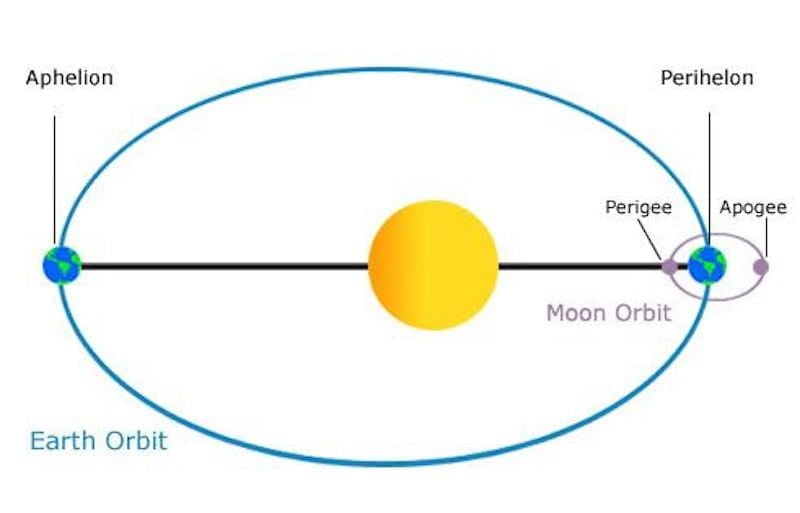 Perihelion and aphelion don’t cause the seasons — those happen due to the tilt of the planet’s axis — but these orbital milestones do affect the seasons’ duration. When Earth is farther from the sun, it moves a little slower in its orbit than it does during the close approach, which causes the northern hemisphere’s winter to be about five days shorter than its summer.